If you want to be a decent human being, here are some basic guidelines to follow which should get you started on your way.

DO keep off the crime scene

First of all, we should all take care not to contaminate evidence that may be helpful in piecing together how, where and by whom the bomb was made. Madly rushing in can easily do that and hence unwittingly jeopardize efforts to arrest the perpetrators. Not only that, but terrorists (including Boko Haram) have been known to plant secondary devices which are triggered after the initial blast, when you and I may be trying to aid some victims. First responders are trained to look out for that sort of thing, we are not. Now I am not implying that injured victims at the scene should be abandoned, far from it. But how many people does it really take to help them?

DO NOT take pictures of victims

Victims should not have their dignity violated out of your desire to be entertained. Notice how news organisations put up pictures of the deceased from when they were alive, rather than when they were murdered? It is partly because they don’t want to show disturbing images, and partly because it affords the victims some dignity and humanity that the perpetrators have tried to rob them of. One must not trivialize human dignity in the fight against terrorists, because it is one of the key things that separate us from them. It is also well worth considering that the family and friends of victims may not be aware of their passing, and could conceivably only discover it through an image you have taken, shared or messaged. And we better hope to heaven that no young child has to find out, in such a gruesome fashion, that their daddy has been killed. If you think that strangers are so far removed from you that they can’t possibly ever see the images, read up on the 6 degrees of separation.

DO take pictures of witnesses 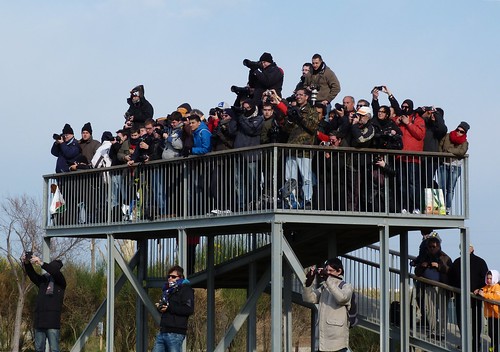 A doctor I know made a point the other day that I must share. When a bomb goes off, the terrorist typically has at least one person nearby to observe the effects and report back. Bombmaking is highly specialised work, after all, and so they have been known to use spotters to assess the strength of the bomb, as well as the placement and timing so that they can tweak those variables to make the next bomb even more deadly. Having an observer on the ground also helps them analyse first responders in order to plan for the placement of secondary devices in the future. And you ignorantly using your mobile phone to make a video recording of the scene gives them permission to do the same for their nefarious purposes.

Not only that, but if we have multiple pictures and videos of everyone at the scene of the blast, as well as those from other explosions, it makes it that much easier for security agents to cross-check and determine if anyone in those pictures might be able to help them with their investigations. Keep in mind that quite a few of the explosions are remotely triggered (even some so-called “suicide bombs”) so it stands to reason that the individual pressing the button is positioned nearby where he/she can get a good view of the explosive and choose the most opportune time to detonate. Any pictures or videos could be of immense help in identifying such people. If anyone in the security agencies is reading this, you should probably think about collating as much of such data as possible, whether or not people are supplying it to you directly. After all, you guys already have loads of electronic surveillance technology…

Clearly, the terrorists are the only ones who really want high casualty numbers (I’m assuming here). Unfortunately, many of us tend to use casualty figures to determine the scale of an attack, which is absolutely wrong and plays right into the hands of the enemy. It is true that we need some way to determine how different attacks stack up against each other but using human lives as a measuring tool robs them (and us) of our human dignity, which is a key factor in the fight against terrorism (see above).

In the same vein, hard as it may be, we should not celebrate reports of the military killing dozens of insurgents. Put simply, we cannot take pleasure in the killing of another person and still label ourselves as different from them who do. Sure, you may believe your cause to be the righteous one but then, so do they.

Ask yourself why you are really taking and sharing these images

As I mentioned in a previous article, terrorism and the manner in which it is reported has become something rather like “infotainment” to us. Always ask yourself whether you are taking, viewing or sharing the images out of a desire to be informed or entertained. Though, unless you are a forensic investigator, I can hardly see how pictures of mutilated bodies can be informative, but I suppose you know better.

Not necessarily money, but if you live or work nearby, you might consider going to donate blood at a hospital. They are usually short on blood and, in cases of such emergencies, the situation can get pretty desperate. Just remember not to drink, smoke, or have any drug or tobacco related substances 48 hours prior.

By following these simple rules, you are well and truly on your way to becoming a full-fledged decent human being! Here’s your trophy:

PS – Feel free to add any other advice you can think of in the comments and I will update the post with an appendix containing them.