The Federal Government of Nigeria has a long history of selective blindness, much of which can likely be blamed on many politicians instinctively knowing they are pretty much useless outside of politics and thus turn everything to a zero-sum game; another one’s win is automatically their loss, no matter how ridiculously small the win or perceived loss. Since the APC came to power in 2015 there have been gains in some areas but, as they have settled in more comfortably, the federal government has increasingly shown a disturbing lack of situational awareness. Here’s a brief recap of some errors which illustrate the point:

Fulani herdsmen militia is the most obvious example of a government which cannot (will not, in the view of many) see, much less acknowledge, the existential danger that the threat poses to the country. “Nigeria’s unity is non-negotiable” is a refrain much-loved by the presidency. What that tells me is that the thinking is stuck in 1960s Nigeria, causing Mr Buhari and his men to see a group like the Indigenous People of Biafra (IPOB) as a major threat to the integrity and sovereignty of the nation, ignoring the monster closer to home which has become more deadly than Boko Haram. The truth is, IPOB was a minor nuisance that would likely have died a natural death but the aggravated response left even neutral observers with a bitter taste in their mouths. This almost guaranteed further agitation. A classic mistake. The entire thing was made worse by Mr Buhari’s government almost simultaneously becoming apologists for what is possibly the greatest threat to the unity of Nigeria ever since Ojukwu fled these shores.

Another fantastic example is the huge gaffe attributed to everyone’s favourite pastor/politician, Vice President Yemi Osinbajo, when he proclaimed to an audience of Nigerians in New York that the reports of kidnappings they read about are exaggerated. In fact, the reports are quite the opposite; I would venture to argue that at least a third of kidnappings (probably even more, but I like being conservative with numbers) in the country go unreported. Kidnapping is the order of the day and business is booming. I understand some may argue that Mr Osinbajo’s comments may have been an attempt to play down the scale of the crisis in order to encourage the diaspora community to invest back home. That is equivalent to defending a mistake by admitting to intentionally commit an even graver error. First, it’s highly disrespectful to those who have been victims of kidnap, as well as their families. Secondly, the idea of a pastor-cum-professor-cum-vice president telling outright lies for money should remain the stuff of fictional comedy. To add to that, the new federal government policy charging percentages for cash withdrawals and deposits above N500,000 (roughly $1,400), sprung upon unsuspecting citizens overnight, will perhaps unwittingly make the federal government a profiteer of kidnapping. 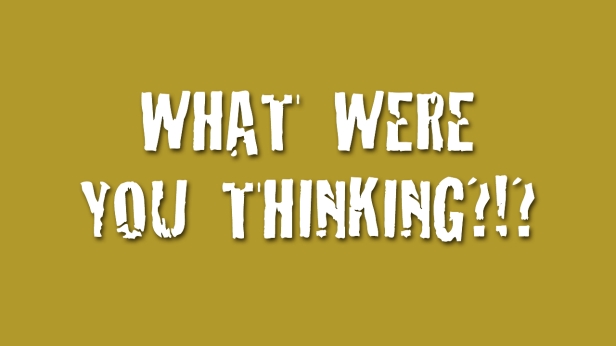 Statements from government officials in many areas, particularly that of security, appear to follow the same pattern. Either Boko Harm is “technically defeated”, or it is degraded, or it is cowardly by attacking soft targets, or soldiers on the front lines are slowing up progress with their supposedly lackadaisical approach. Now the withdrawal of troops, the last bit of Nigerian government presence that could be used to indicate continued sovereignty over the land, into “super camps” is being advertised as strategic progress when there probably isn’t a soul brave enough to raise a Nigerian flag left in the abandoned areas. And despite a wealth of evidence that aerial bombardments do not a victory make, we are being encouraged to believe that Nigerian Air Force bombings are evidence of success, even though it is the terrorists who attack bases rather than their bases being taken. Finally, as if we weren’t already deluding ourselves over the state of The War in the Northeast, we are now being asked to refer to Boko Haram terrorists as “bandits” and “criminals”, or risk being called terrorists ourselves. And that’s no exaggeration: the Chief of Army Staff (COAS) called for everyone to refer to the insurgents as such, otherwise they might be in breach of the terrorism prevention act. But can you blame him? Calling every group “bandits” is now the in thing, as shown by the Katsina “bandits” who, while negotiating a prisoner swap with the state governor, began a statement with “We the Fulani.” But more on that in a future article.

But what do these seemingly separate and divergent incidents have to do with each other? There’s no better way to explain the relationships than with this quote from John Lewis Gaddis:

“What connects these shortcomings is a failure of strategic vision: the ability to see how the parts of one’s policy continue to form the whole. This means avoiding the illusion that one can pursue particular policies in particular places without their interacting with one another. It means remembering that actions have consequences: that for every action there will be a reaction, the nature of which won’t always be predictable. It means accepting the fact there’s not always a linear relationship between input and output: that vast efforts can produce minimal results in some situations, and that minimal efforts can produce vast consequences in others. It means thinking about the implications of such asymmetries for the relationship between ends and means, always the central problem of strategy: leverage is important, and our adversaries have so far proven more successful than we in using it. Finally, it requires effective national leadership…”

My contention is that the authorities’ refusal to see different situations for what they really are is just another symptom of their lack of situational awareness and strategic thinking. By failing to objectively analyse the data at their disposal, they have not only been plagued by flawed decision-making but have also, incredibly, doubled down whenever confronted with an alternate set of ideas. To many this implies a conspiracy and, while I understand the argument, it’s inherently difficult to prove beyond reasonable doubt, tending to lead us into never-ending arguments where every party just digs in deeper. Besides, there’s an even simpler possible reason; after coming to their first decision, by whatever means, Mr Buhari’s government has failed to follow a cardinal rule of strategy – revise, revise, revise.

However beautiful the strategy, one should occasionally look at the results.

Is it an unwillingness born of inherent bias, gross incompetency or something different altogether? Your guess is as good as mine. I hope I don’t need to clarify that it is most probably a failure of political leadership, rather than the intelligence gathering and analysis of particular organisations because, while I have no idea about the competencies of those organisations, I believe that the political leadership receives the information and analysis which it chooses to. By that I mean political leaders can elect to change systems, change personnel or import/develop new capabilities, hence they have full control and full responsibility.

Regular readers will know (probably dread) that I tend to employ philosophies from warfare in thinking through some of Nigeria’s many problems. I suppose that, in the quasi-dictatorship which we call our own homegrown interpretation of democracy, it feels most appropriate. This piece will be no different, except that the concept explored here has been widely accepted as being applicable to business and, indeed, individual life so it should prove useful to anyone who takes the time to understand and employ it. It’s called the OODA Loop and was developed by American fighter pilot John Boyd during the Korean war.

Anyway, OODA stands for Observe, Orient, Decide and Act. At its most basic level, it involves observing a threat, orienting yourself to the nature and direction of it, deciding the best course of action, and then following through with that action. Think of a boxer facing his opponent: he watches, moves to keep his body always oriented toward the threat, decides when it’s most opportune to strike and follows through. However, his guard is immediately back up after the strike and he is back to observing his opponent again, adjusting his position to keep himself oriented, and looking for the opportunity to strike. Constantly looping the loop. You have to observe what happens after your action, re-orient yourself to the new situation, decide your next course of action, and follow through with it. And then you do it again and again and again and again. Sounds simple enough but there are many moving parts to be aware of.

“If we don’t communicate with the outside world – to gain information for knowledge and understanding – we die out to become a non-discerning and uninteresting part of that world.” – John Boyd

The next part of this series will go into some more detail about the OODA Loop and how it should be a Way of Life rather than a one-time tool to be used and discarded. I highly recommend reading these show notes from the Art of Manliness podcast for a more in-depth analysis of the OODA Loop and how it can be applied in your life and work, or listen to the podcast. Or, better yet, do your own research for once.